But to Jo Braham, owner and chief wedding planner at Impeccable Pear, they’re so much more, for to her, they represent all that is bold, bodacious and beautiful about same-sex couples who choose to tie the knot in France.

And this is their wedding story, in the hope that it helps you start to feel all giddy about the possibility of creating yours…

Ok, so no wedding day story can be told without first setting the scene on how that all-important question was popped, (obvs) and this one is a true corker.

Together with another couple, Daniel and Stephen travelled to India whereupon Stephen learnt that another engagement, the other couple’s no less, was to take place on the trip also.

Uh-oh. A double engagement? For a pair as unique as these two? Nah. Never going to happen.

So, quick-thinking Stephen left their friends to it and booked a flight to Delhi in the hope that a romantic proposal in front of the Taj Mahal would be more fitting.

Upon arrival at the majestic marvel, all seemed like it was going to plan until…

”Hey, you’re the couple from Gogglebox!”

Seriously!? Stephen was starting to sweat…and not because of the heat.

Their hotel it would have to be, which, to Stephen’s delight, happened to be just around the corner.

Equipped with their G&Ts, the couple made their way up to the balcony where upon Stephen, slightly nervous, asked Daniel to take a pic of him…

…and as he did, through the lens of his iPhone XS…

…it was there that Daniel saw Stephen holding the ring.

And the rest, as they, is history.

How bloomin’ marvellous is that.

Daniel and Stephen are a pair of busy queen bees, buzzing everywhere with commitments to uphold and a business to run, which meant hiring a wedding planner was an absolute must.

They also knew they wanted one of their weddings (as they had a total of three celebrations, with a possible fourth set to be held in Vegas, don’t you know) to be fabulously French.

Having being introduced to Jo via a gay wedding fair in Brighton, they instantly had a connection. As Daniel is half French, they loved the idea of working with an English wedding planner who resides and works wonders with weddings specifically in France, so it was a done-deal there and then.

It certainly helped that they found Jo super friendly, classy, professional and most of all, a lorra lorra fun.

And so it was, that their dream of a sensational châteaux wedding in France was set to be reality.

Leaving It To The Pro

It became immediately obvious that the couple had found their perfect match in Jo, as they were astounded by her ability to take a speckle of an idea and turn it into action (not to mention her enviable black book of the best contacts in the industry).

Nothing was too much, and they were continually impressed at how proactive Jo was with getting things done, which meant their only stress was choosing which snack to gobble on in front of the box that night.

When the day arrived, Daniel and Stephen couldn’t have been more excited. The weather was gorgeous, the spirits were high and absolutely everything had been taken care of. It was going to be a day to remember.

The chapel had been decorated to perfection, which, took both boys’ breath away.

And so it was, the couple officially said those magic words, and the pair were wed, consummated by Stephen spinning round to their guests, ring first, with a bellow of “YEAH BITCHES!”

What followed was a celebration of pure joy and elation.

The couple were able to enjoy every single moment, as Jo and her team looked after each guest and ensured everyone had everything they could possibly want.

From the transport to the catering, right through to ensuring every bottle of champagne was deliciously chilled, the day, you could say, ran smooth as silk.

When the couple reflect on their wedding, the thing they remember most (apart from the exceptional display of shapes thrown in the evening) is how easy it was to enjoy every single moment, as everything had been taken care of for them.

In fact, when Stephen was asked what he thought of their wedding planner, his exact words were: “she was a gift from heaven”.

Advice For Couples Considering Choosing Jo As Their Wedding Planner

On the back of Daniel and Stephen’s wedding, a few of their engaged guests asked them if they could work with Jo to arrange their weddings too.

Because that’s just the thing about Jo, she leaves an impression, an impeccable one at that.

“If you want the most idyllic, fun and perfectly planned wedding in France, you can’t get better than Jo. Choose her and then give yourself up to her. She removes all the stress allowing you to enjoy your day to the fullest. She will always let you hold the reigns, but she will direct you and support you in the best way possible. We love you Jo, you classy, tasty, pro, you!”

If you’re considering having your wedding in France, then talk to Jo. 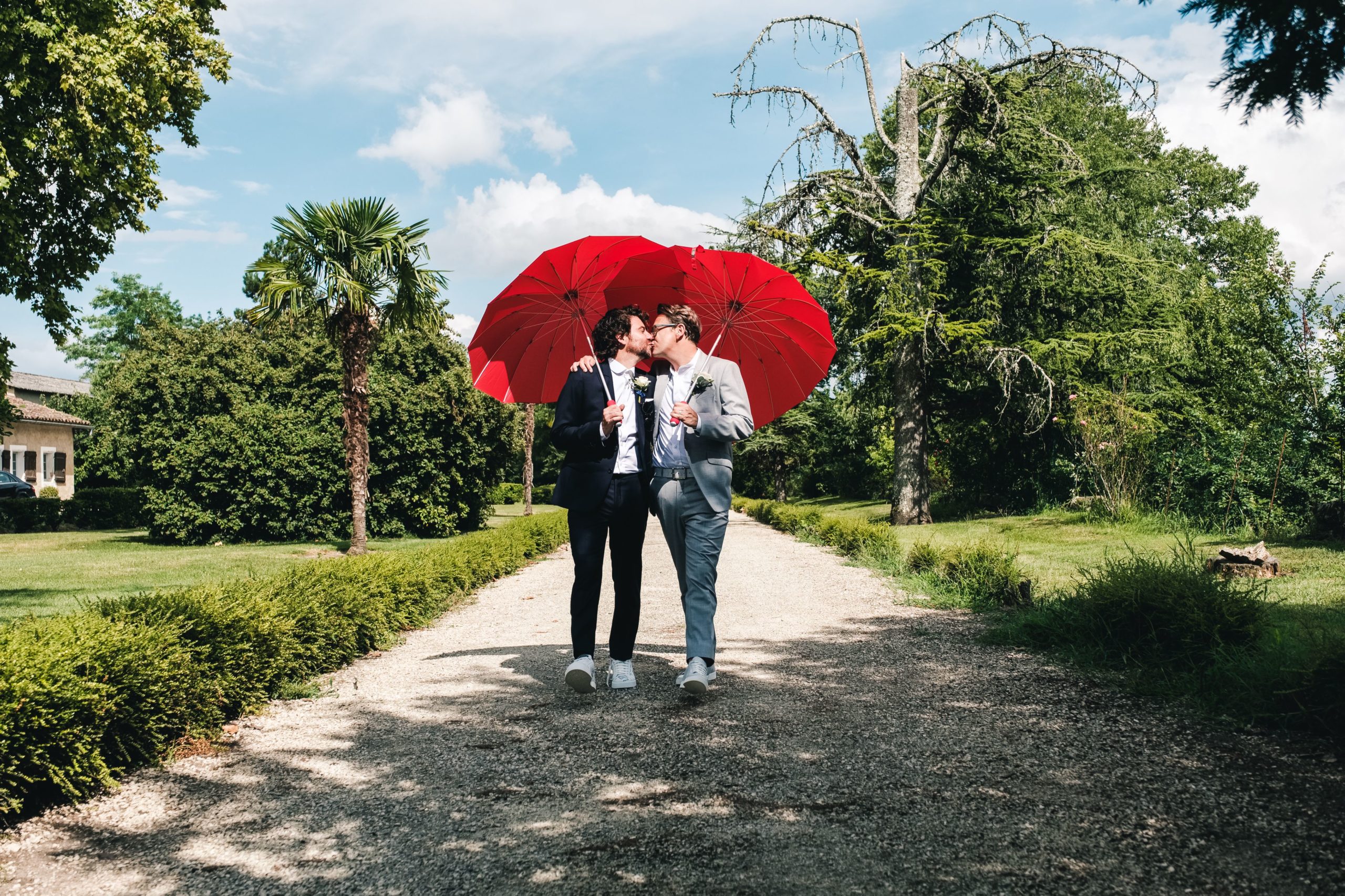 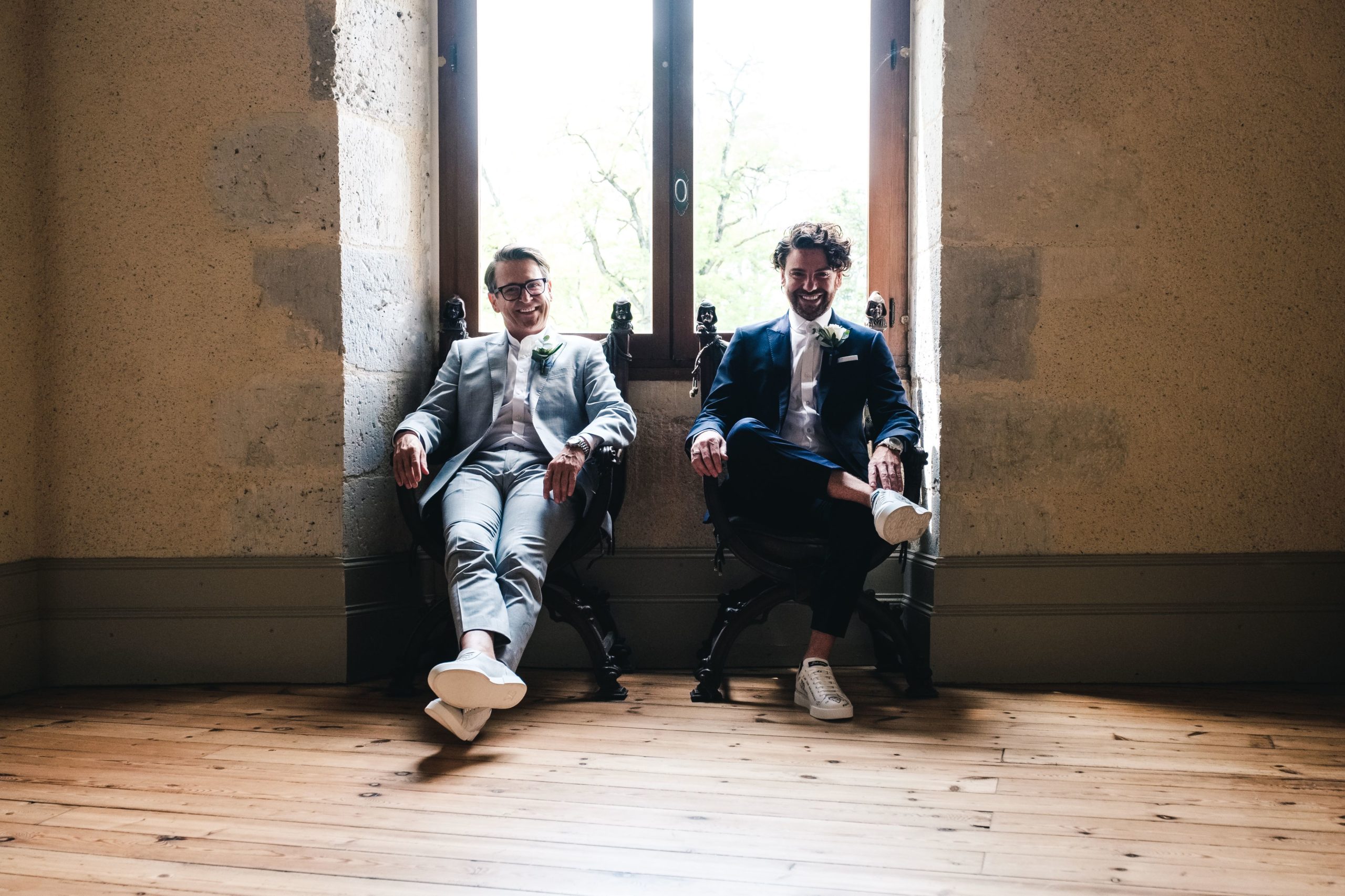 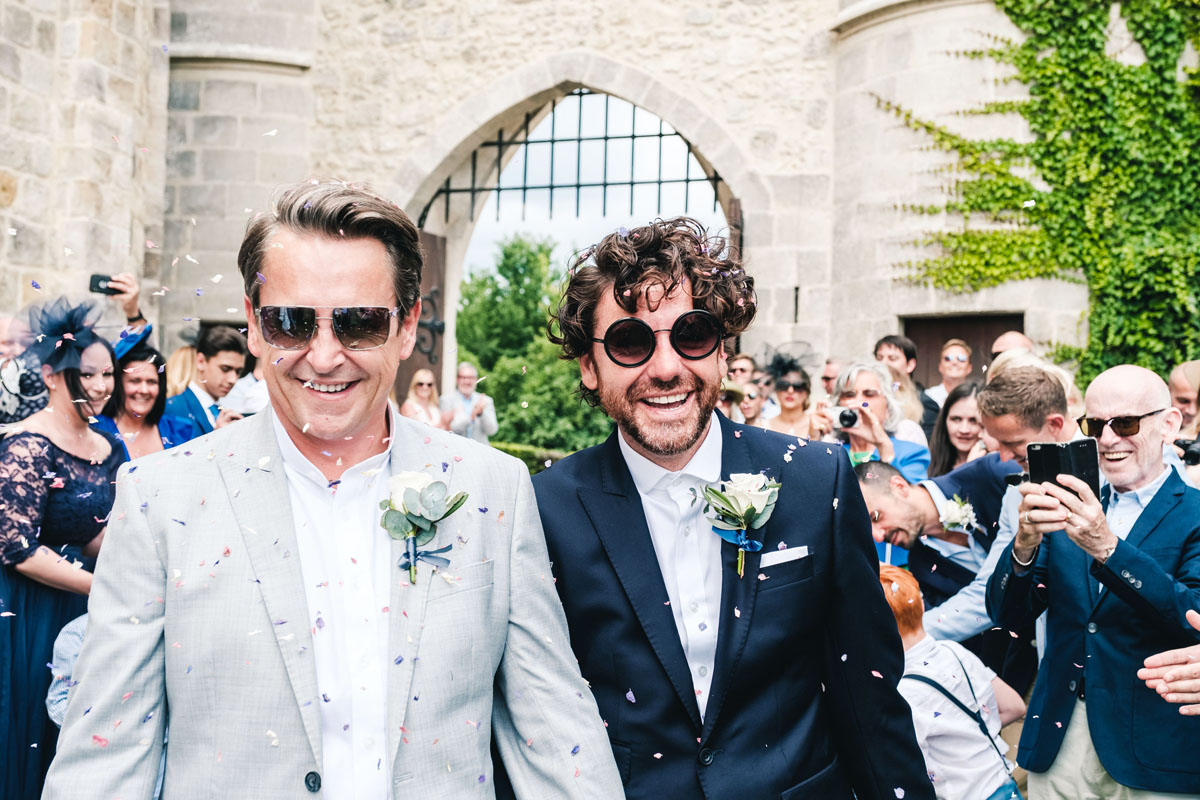 Ready to find out more?

If you enjoyed reading about Daniele and Frits’ French wedding and would like to consider The Impeccable Pear to plan your big day, please get in touch. 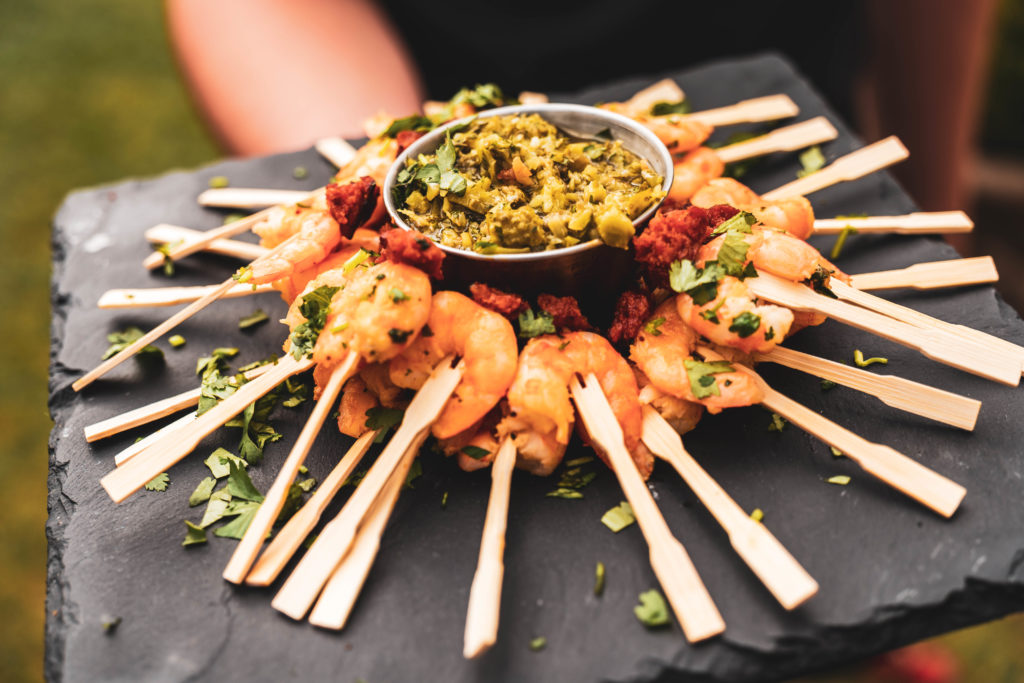 TOP 10 Canapé must-have’s at your wedding

“Make it simple but significant” – Some of my favourite canapé choices for your big day. Whether your wedding starts early or late your guests remain with you throughout your big day and need to be well-fed and hydrated if you want to ensure they keep smiling while you’re away snapping those wedding photographs and … 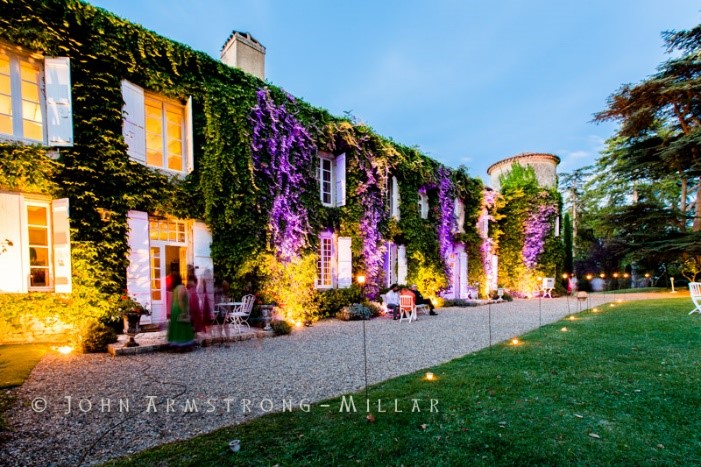 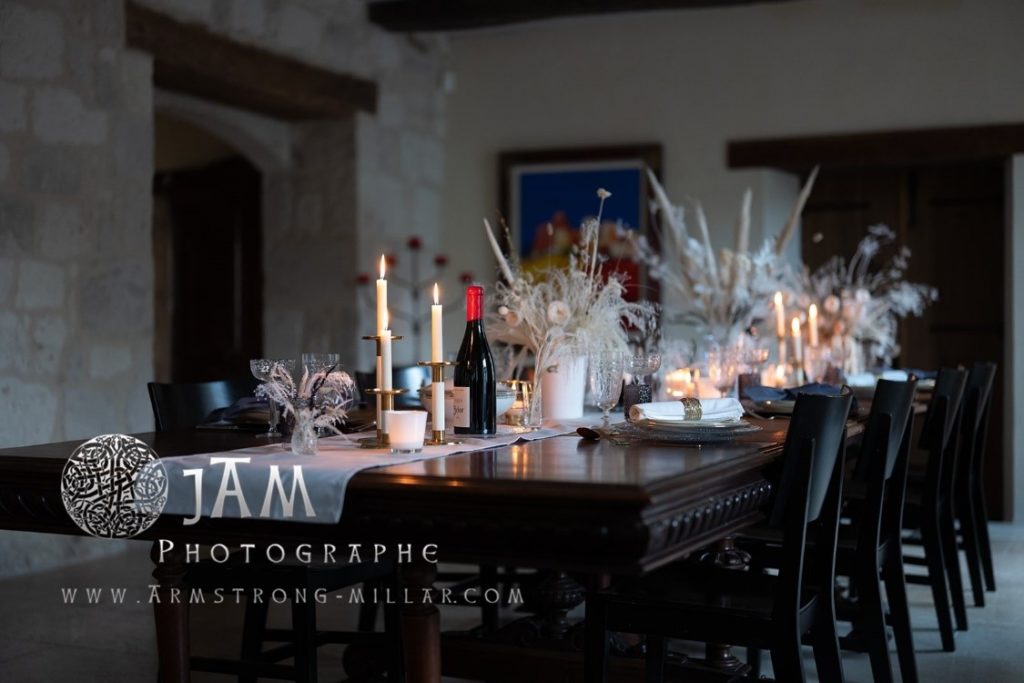 Why is using preserved and dried flowers for your wedding a great idea?